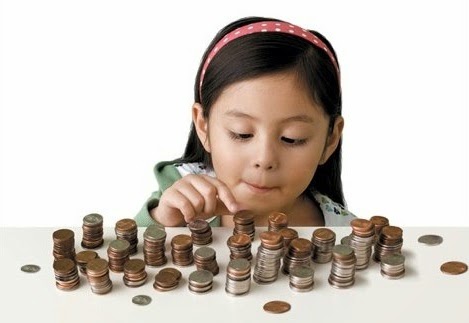 This isn't actually happening in my family but its a true story that I witnessed which I am going to share with you.

Its one of the weekend which my family and I will go to market to have our usual brunch (breakfast + lunch). There's this mother and 2 kids (about one 8 years old boy and other a 5 years old gal) with a packet of soya bean drink walking just infront of us.

The boy was saying 'Mummy why you ask me to give mei mei (younger sister) drink my soya drink?'

'Cannot the drink is mine' the boy said.

The boy was clearly upset and demanded 'Mummy, mei mei drink my soya bean, I dont care she must pay me the drink'

The boy answered 'No! cannot! I buy using my own money leh.. I dont care mei mei must return my money'. The boy was very insistence and kept on demanding to have his money back.

The mother became very angry and shouted 'You want your money back?! ok!' and she threw the coins on the ground and fumed off. The boy then went to pick up the coins by himself.

Seems like the kid's education on value of money had gone wrong. Its good that we let our kids manage their money at an early age by giving them a fixed amount of money daily or monthly and they manage their own expenses. But this is something his parents definitely doesn't want to see.

One of my friend's style is to give his primary school daughter $2 per day and at the end of the day, ask her how much is the remaining balance and what was her expenditure. Wow :)

Currently I give my kids daily allowance but there's a piggy bank which I told them if they do not have enough money, they can just go there and help themselves, buffet style :) I don't really monitor their expenses :P So far they have been sensible gals :)

We want our kids to value money and not to be a spendthrift. At the same time, we also don't want them to grow up as a selfish miser. So how do we strike a balance?
Posted by Jimmy L at 10:05 AM

Email ThisBlogThis!Share to TwitterShare to FacebookShare to Pinterest
Labels: About me